George Christensen did a smutty photo-shoot, Donald Trump is entering the White House in less than a month and we’re heading for yet another hottest Australian summer on record. Nobody would blame you for finding the world all a bit overwhelming and seeking refuge in video games.

Developed by local indie Gritfish, this 2D puzzle game is as cutesy as they come. The foundations here consist of two sets of movements and the simple goal of helping a kiwi bird collect eggs – and thanks to the game’s streamlined controls, it couldn’t be any easier to reach for. The arrow keys propel your feathered avatar around each level while the AWSD keys rotate the center of gravity.

What stands out about Mallow Drops is the depth contained in this accessible gameplay loop. It’s equally fun whether you’re blasting through levels with your sights on a high score or wading through them at a slower more zen-inducing pace. 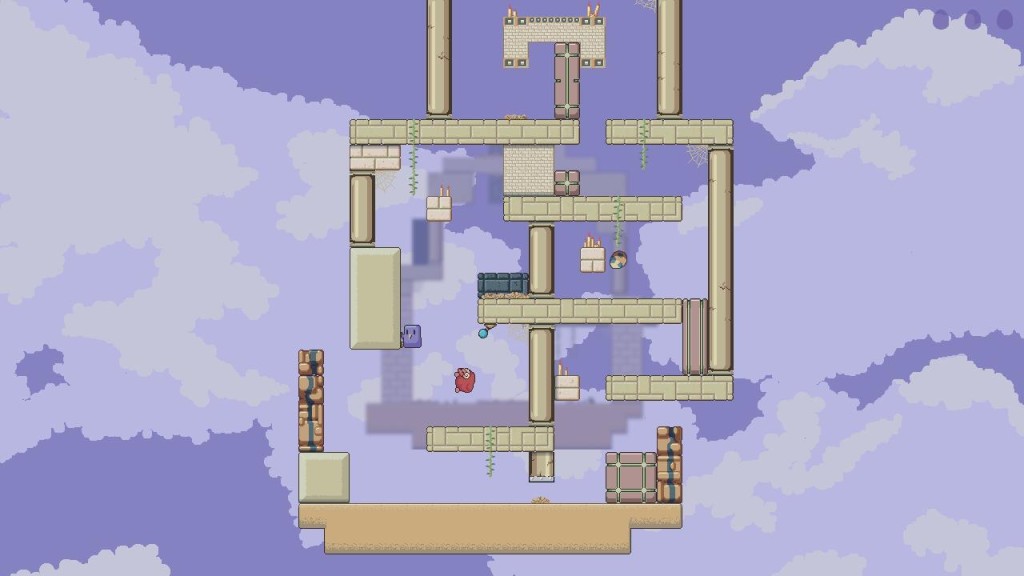 That’s not to say things don’t get trickier. The pacing of each of the levels is such that you’ll often spend minutes pondering your way through a trickier level, only for the follow-up to slip by in a dozen seconds. There’s usually some room for you to fudge your own solution to things but it’s a far second to the buzz of piecing together the solution the designer had in mind. The irregularity and unpredictability makes for an experience that’s always egging you on to click next and complete just one more level.

There’s also a lot of variety in the environments of each zone, and the detail of the sprites occupying them. Throughout each of the game’s different zones, there’s a richness to the textures that’s hard to find fault in. It’d be a stretch to say the graphics here are the draw-card but it’d be remiss to not note their role in making Mallow Drops the serene handful of hours (and local indie darling) it is.

Mallow Drops is pretty much the antithesis of 2016. For most, it’s a joyful return to the world of 2D puzzle platforming. For some, it’s a brief escape into a blocky world where even the most dastardly of problems can be solved by turning it on its head. All told, it’s a formula for fun that rarely goes awry.

Mallow Drops is available on Steam for $9.99 and will be coming to Android and iOS early next year.

For more game reviews, check out what we had to say on Battlefield 1, Watch Dogs 2, and 7th Dragon III Code: VFD.