Young people are increasingly opting out of protecting their sexual health, resulting in an STI crisis. Why is this? Using a brief survey, this article will look at social attitudes that may be causing this dangerous practice and remind readers why condoms are necessary – even if you’re using other contraception.

My survey was created on Survey Monkey and consisted of the following questions:

The results suggest that 84% of users were sexually active with the rest being virgins which is what I had expected.

The results also indicated that 59% of participants had been tested for STIs before, which I found surprising after reading the recent results on social norms affecting the amount of people seeking STI tests. 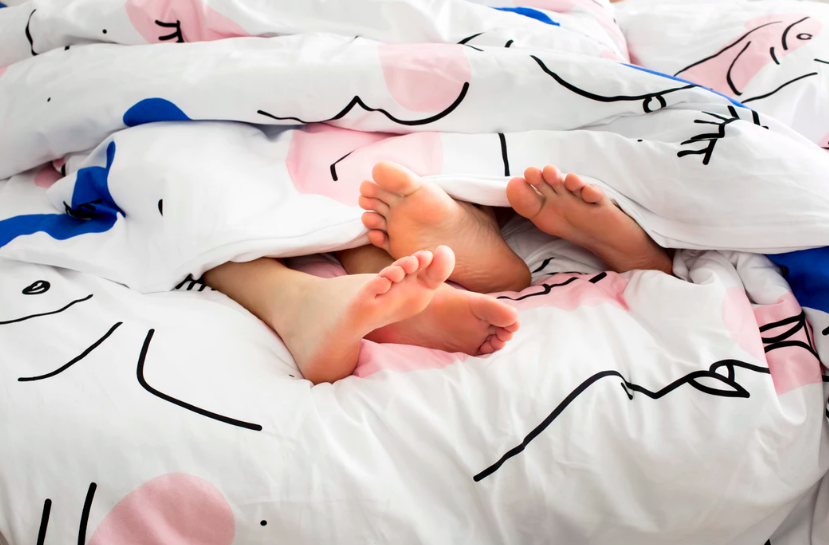 The reasons people do get tested ranged from the following: suspecting they had an STI, being a habitual tester after every new sexual partner, suspecting a partner was cheating, and being offered a free test. The main reason for not getting checked was if you were a virgin (understandable, as there is no risk of STIs), but for women it is VERY important to get regular pap smears as it assesses your cervix for cancer. Other reasons for not getting tested included only ever having been with one person sexually, being in a long-term relationship, and being too afraid to get tested.

It was found that 21% of respondents have had some type of STI during their sexual history; this number may have been higher if everyone who responded got tested frequently. These results may suggest a lack of understanding around some STIs not having any physical symptoms.

On the question regarding condom usage, it was shown that 55% of the cohort do not use condoms while engaging in sexual activities. There were many reasons for this result but the main one was being in a long-term relationship and taking the contraceptive pill to prevent unwanted pregnancies. The next biggest factor revolved around comfort with many of the participants saying that condoms make sex uncomfortable due to vaginal dryness. This suggests that condom manufactures need to be more innovative in designing their products in a way that feels better for women.

Reasons for using condoms during sexual activities were varied and included not wanting to get pregnant, not being on birth control, worrying about their sexual safety, and to prevent STIs. The survey found that avoiding pregnancy was a major concern in this demographic, with only one person saying they used condoms to protect themselves from the spread of STIs. One. The findings of this survey suggest that people are not very concerned about STIs and are more focused on not getting pregnant, which is a trend consistent with the American context as well. This is a social shift in norms possibly due to the more relaxed nature surrounding sexual education in schools. We are far enough past the 1980’s HIV/AIDS pandemic that people have forgotten how utterly devastating STIs can be. It is important to remember that the contraceptive pill only protects against pregnancy, not STIs.

There is also a lack of education around ‘silent’ STIs’ that may remain in your system without ANY side effects or symptoms; these include Gonorrhoea, Chlamydia, bacterial imbalances, yeast infections, HPV, Genital Herpes, and Syphilis. You could have any of these infections and not even know due to not being tested regularly. If left untreated, STIs can cause serious health implications such as Pelvic Inflammatory Disease. For women this can have effects such as stillbirth, infertility, and organ damage; and if you manage to carry a baby to term, you will risk infecting your child. Are you really willing to risk it? More silent STIs include HPV which can have no symptoms at first, but it is linked to 80% of cervical cancer cases as the cause! HPV is also untreatable, there is no cure. Another silent STI is Syphilis, which can be passed on to children through childbirth, and if that is left untreated it can be fatal for both mother and child.

I cannot stress the importance of getting tested enough. Both men and women, we are all responsible for our sexual health. Social norms impact lots of behaviour, and that is why we must work on reducing the stigma associated with being open and honest about sex and STIs. Men are statistically less likely to get tested for STIs, especially Millennials! As of 2016, over half the male millennial population had never been tested for STIs. This is a social norm that must change. It is imperative that we all grow up and start taking some responsibility for our choices, and what those choices mean for other people. It’s not just your safety on the line, it’s everybody’s.

If even one person gets tested because of this article, I will consider my civic duty to have been completed. Please guys and gals (+ everyone in between) get tested after having sex with a new person. I promise, even if you are scared, you will be okay. I have survived one pap smear every 2 years since I was 16, and I have a pelvic pain disorder – so if I can survive it, so can you! Also, some people seemed to be under the impression that to be checked for STIs, it involves needles. This is not always true (it’s usually only for HIV, Hepatitis and Syphilis). Most STI tests can be performed in the following ways: for men, it is generally a urine test and a swab from the tip of the penis. For women, it is a urine test and a swab from the cervix – which is uncomfortable, but over with quickly – and you only need to be tested every 2 years unless you sleep with new people. If so, it’s best to get tested after every sexual encounter before you sleep with someone new. You should also disclose your STI status before sleeping with new people so they can make educated decisions about whether to engage in sexual activities with you or not.

Be smart and stay safe.