Our gender and position of privilege among other social factors are going to ultimately affect the experiences we have in life (intersectionality) and how we perceive the applicability of an issue to a situation. This issue is sexual harassment.

Firstly, sexual harassment is unwelcome sexual behaviour, which could be expected to make a person feel offended, humiliated or intimidated. Sexual harassment can be physical, verbal or written. According to a 2016 ABS survey results on the experience of sexual harassment in Australia, women aged 18 years and over were more likely to experience sexual harassment in their lifetime than men; approximately one in two women (53% or 5 million) had experienced sexual harassment by a male or female perpetrator during their lifetime. This really should be seen as a national disgrace and I think both young men and women need to call it out for what it is. It’s not an impartial article if I don’t present the figures of male victims here too. According to the same survey results – men were as likely to be sexually harassed by a male perpetrator as by female perpetrator (16% or 1.5 million and 16% or 1.4 million, respectively). It should also be noted that the statistics do not represent every male or female who experienced sexual harassment, because not all have reported it or perhaps not view themselves as a victim of it because of cultural norms.

So it goes without saying that men are in a better “position of privilege” in respect to this issue because they are much less likely to have to ever experience it and are less likely to understand what it is ever like to be in that position. Does this mean that we should paint all men with the same brush? I think not, but perhaps the stats and the predominance of women as victims in sexual harassment cases shown in the media condition us to think a certain way. This leads me to tell a story. I heard about a male teacher (only one in the staff room) who made sexual harassment claims against the female staff who were discussing their menstrual cycles and other topics related to menopause and the female body. I’m just going to go out there and say I don’t think this sexual harassment. Yes, I think the female staff could have exercised their judgement and show common courtesy to the only male teacher in the room, but I don’t think talking about what is simply the biology of every woman around a male is sexual harassment unless he claimed they carried a “sexual meaning” directed to him which I can’t speculate or comment on because that’s the extent of my knowledge on said story. 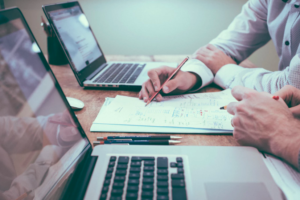 Males are underrepresented in the teaching field and it may feel like a woman’s world if you’re a male teacher, and there is certainly still some stigma attached to the role whether it be a position too “soft” for a man or other harmful attitudes which question a male’s choice to work with young children (greater surveillance of males due to fear of them being a pervert or child groomer). I can see how in this context females are privileged in that they don’t face the same stigma if they are in the teaching profession. Indeed, gender inequality is present in many areas of life and gender equality can only occur if we focus on where rights are lacking for both women and men. It could have been the reason behind the male teacher’s decision in making a sexual harassment claim as he felt isolated and unsupported in the situation and construed it as such. Even in writing this, I feel that I should be weary of how we perceive people in sexual harassment cases because whether you like the idea or not we could be conditioned by popular rhetoric and the media to think a certain way.

This is something I am truly ashamed to report and I think we need to cast our attention to the cultural norms associated with sexual bravado and posturing women as nothing more than sexual objects. In other words, what some young men might consider “casual boyish/laddish talk” can definitely be sexual harassment. There is nothing “casual” about making unwelcome comments to a woman that have a sexual meaning. In fact, this is how the reachout.com website define sexual harassment. 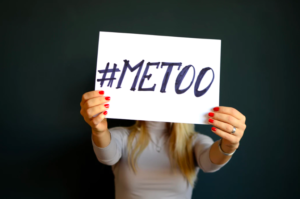 As a young woman myself, I’m sick and tired of this gender inequality which positions me and my other female friends as more likely to be in a situation such as sitting in at a party and copping comments from your boyfriend’s friends like “are you going to treat Robbie to a good time tonight for his birthday?”. Whether it be inappropriate touching or subtle forms of gendered mistreatment, there is nothing ok about sexual harassment and there is nothing ‘casual’ or ‘light hearted’ about making a woman feel small in her chair. So, I encourage young men or men in general to think before making what you believe is a casual comment carrying a sexual meaning. If you don’t then you are dismissing and only compounding this problem of struggling equal rights for women.