The Kings Cross Distillery located in Macleay Street, juxtaposed to the famous Kings Cross dandelion-flower inspired fountain, was once a 1960s speakeasy and illegal gambling den, amongst other hidden secrets. Upstairs there were the usual, shadowy, pleasures of a by-gone era befitting of the postcode 2011. Later in the 1970s, the venue became an adult book store, which had secret businesses operating behind the hidden doors of steel.  It was known as the Private Book Shop and later Ecstasy Adult Bookstore.

The new venue still pays homage to the colourful history it has seen, with the former vault now being used for storing the bar’s most prized possessions, their bottles of gin, as well as a cheeky wall of pin-up photography which nods to the former bookstores which existed there.

Bringing some much-needed life back into the once bright lights of Kings Cross, Kings Cross Distillery has opened its doors to the public this season. As the weather gets warmer and we’re all more inclined to get off the couch – especially after months of working from home and looking at the same wall every day – Kings Cross Distillery is the perfect venue to celebrate life with fabulous cocktails with friends. 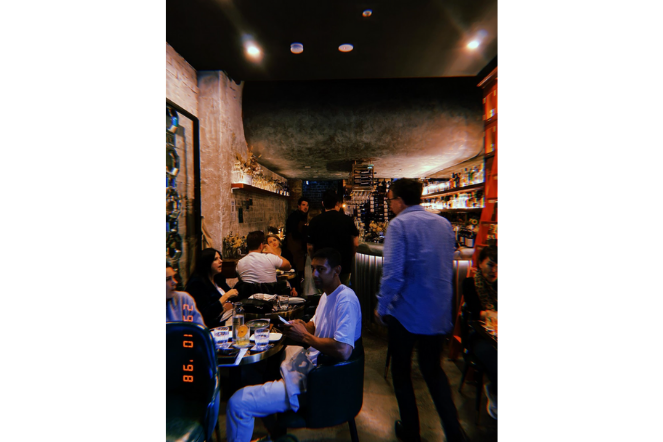 As you arrive, you’re greeted with superb service. Wherever you’re seated in the bar’s multiple areas, you won’t be disappointed, as every corner offers a unique point of difference. There are the dark and sultry corners located near the sax player, seats up at the bar, the social al-fresco area at the front, the Parisian-style deck on the side, and the open warm-lit space towards the back with a front-seat view of the distillery.

We sampled a variety of special cocktails. I began with the Flash and Pash: a delicious concoction of 666 Cape Grim Butter Vodka, Manly Spirit Co. Zesty Limoncello, Vanilla, Passionfruit, and Lemon. It’s like an edgier version of a Pornstar Martini – which happens to be my absolute favourite cocktail in the world. And the best one I’ve tried was on a trip last year in Edinburgh – nothing has topped it since. After my first sip of the Flash and Pash, this decision quickly changed. I was in awe of how flavoursome it was –. the balance of sweet and sour was perfect and the presentation was utterly flawless. This sexy cocktail is something I would highly recommend to start off your night on a sweet note. 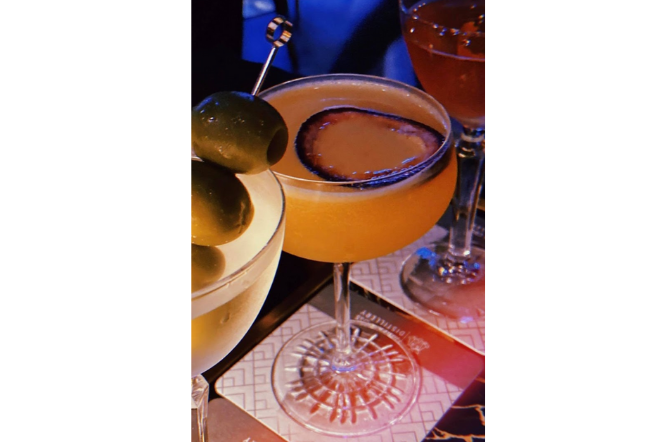 I next tried the Tally Me’ Banana – based on the 1950s Harry Belafonte classic hit. The drink is a fusion of Woodford Reserve Bourbon, Diplomatico Reserve Rum, Tempus Fugit Crème De Banana, Buttered Falernum, and Chocolate Bitters. Packed with a strong flavour, this is more suited for the type of person who loves rum-based drinks nearly as much as they enjoyed banana milkshakes as a kid. This definitely isn’t something I’d usually order, but its unique flavour and character offered something new and exciting and is again something I’d recommend for any risk-taker on their cocktail adventures. On the menu, the cocktail description reads: “ A bodacious libation to have at the end of a hard working day on the banana trade ships. Whilst this was an expression of its time in the Americas, here in Kings Cross it was a time when Bohemians cut ties with the conservative ways of the time to pursue intellectual freedom and expression.”

Lastly, we sampled the Im(peach)ment: a cocktail starring KXD Classic Dry Gin, Massenez Crème De Pech,e Byrhh, and Salted Honey. When it comes to flavour, this was on the weaker side (compared to the last two), yet still brought an enticing experience with its lighter body and fantastical appearance. If you enjoy combinations of sweet and salty, this cocktail is for you! Its whimsical image embodies the characteristics of something from a fantasy novel – light, colourful, floral garnishes and fluffy. “Some would say, Kings Cross was quite the scary place, that had a history of organized crime and corruption which finally led to a Royal Commission in the mid-1990s. Now this once impeached area is blossoming like a peach tree,” reads the cocktail description. 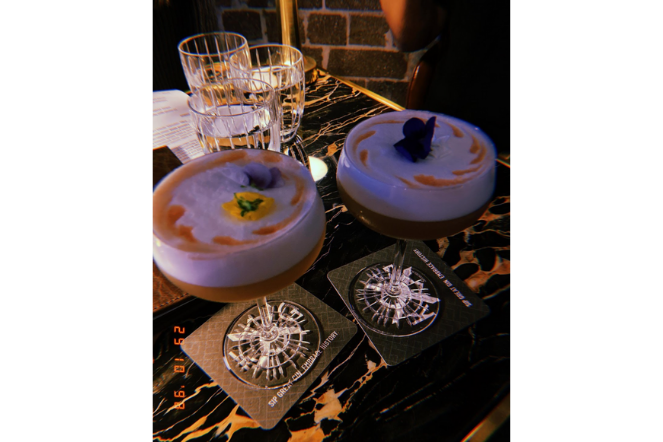 These cocktails are best paired with their charcuterie board – a mix of 22-month aged Parma prosciutto, Casareccio salami, Mortadella, hot Spanish Cantimpaolo salami, pickles, smoked Mozzarella, caper berries, rosemary grissini and carasau bread. The presentation of the spread is equally as delicious. 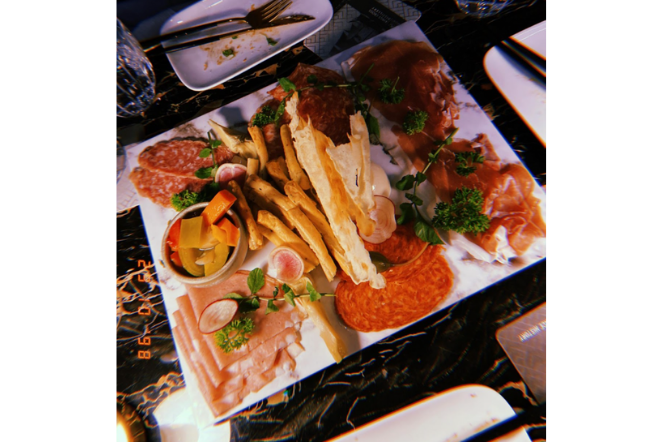