These are stereotypes often thrown around by older generations when referring to Millennials and Generation Z. It’s no secret that older generations think that the younger population has it easy – they make it very clear on every Facebook forum about the topic –  and though it’s true we no longer have to face certain situations and hardships that they did, this doesn’t inherently mean we don’t have our own problems. Employment rates are declining, housing affordability is a joke with no punchline, and our generation has the highest levels of clinical stress, anxiety and depression than those before us. The world is changing more rapidly than ever before, and this comes at a time where we’re making the already difficult passage into adulthood. And, as mentioned before, we’re criticised for almost everything we do. But despite all this, we’re doing okay. Every generation has a personality, as they say, and Millennials and Gen Z are shaping ours to reflect what we want out of society; to be fearlessly self-expressive, eager, and open minded. 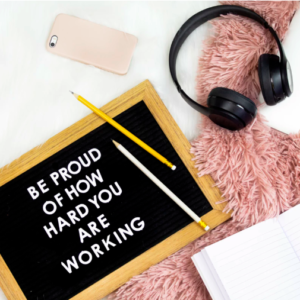 If there’s one thing the younger generations are good at, it’s being self expressive. From dyeing our armpit hair blue to making beard bouquets, we’re willing to try it all in an attempt to project our individualism to the world. In fact, a recent survey revealed that four in ten Millennials have tattoos, and one in four have piercings in places other than their earlobes – this is six times more than the generation before us! This excitement and willingness to express our identities externally stems from not only our desire to stand out as individuals, but ironically, also comes from us feeling comfortable enough to do so. As more of our peers engage in self-expression, our fears to do the same lessen – we are the most open-minded, cohesive generation, after all.

But it’s not just the way we externally express ourselves that makes us different. Our views on the world and related thought processes differ dramatically to the generations before us. We are more involved in our own communities, more accepting of other communities, and willing to lend a hand to stand up for what we believe in – whether that is in regards to the LGBT+ community, racial injustice, or religious diversity. 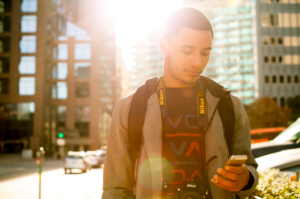 Our acceptance and support for various communities can be exemplified through numbers. Last year, the annual Sydney Gay and Lesbian Mardi Gras Parade celebrated its 40th year, rallying a crowd of over 300,000 spectators from an array of different backgrounds, ages, and sexualities. This crowd was the biggest yet, a dramatic increase from decades before, and with much better intentions – the night was filled with joy, support, and glitter, of course. This could be related to the socio-cultural shift that we’ve seen within the younger generation, where our understanding of sex, relationships, gender and sexualities is broadened, and definitions expanded. These aspects are no longer as black and white as they once were, with sexuality and gender often referred to more as a number on a scale or with a term that is open-ended. This openness to gender and sexuality is only amplified by our hook-up culture, and the higher usage of dating apps when compared to generations before us. Our perceptive views to sexual identities encapsulates again what this generation is – cohesive, and open minded.

And it’s not just the LGBT+ community garnering support from this generation. In a world still ransacked with racism and discrimination, Millennials and Gen Z are “woke”, and fighting back. After the case of Treyvon Martin, where corrupt policeman George Zimmerman was found not guilty for his death, the #BlackLivesMatter movement was born; a campaign that remains important to this day, as similar cases continually appear in the news. After Donald Trump was elected President of the United States, those opposed to his racism and bigotry began the #NotMyPresident movement. These are only a few examples of the change this generation hopes to see in the world, and as Millennials and Gen Z are the most ethically and racially diverse generations, it only makes sense for us to be less tolerant to racial injustice – with most agreeing that increasing racial and ethnic diversity is a good thing for society. And while we still have a long way to go, this generation is looking to likely be on the right side of history. 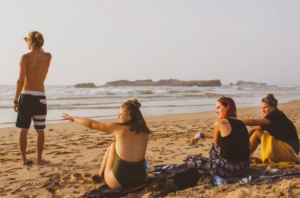 Despite all this positivity, we are still shunned. Labelled as the “snowflake, hipster generation”, older generations are quick to point out our obsession with our phones, and criticise our choice to spend on experiences instead of possessions. But whether or not you agree with our tattoos, or our unaffiliation with religion, or our unrivalled passion for change, it can’t be denied that we are a generation that cares. With 81 per cent of our generation having donated money, goods or services, and 60 per cent of us believing that we are personally responsible for leaving the world better than we inherited it, our generation has got something to prove.

We don’t just want to see change; we want to be the change.

We are the generation of open minds.

Tech Terms defines lag as: “a delay between your input and what happens on the…