In the lead-up to the release of their sixth album Clearview, the Finland-based Poets of the Fall were promising a slick modernized record that stripped away the band’s oft-fantastical aesthetic and mythology to focus on the music. However, despite these assurances, Clearview really does just sound like another Poets of the Fall album. With a single exception, there’s not a single track on here that feels like it couldn’t have featured on an earlier record. More of the same isn’t just the name of the game here – it’s almost the entire package.

While opener “Drama for Life” sounds right out of the band’s earlier (and faster) records,- Clearview definitely continues the trend from 2014’s Jealous Gods and sees the Poets take things at a slower pace. 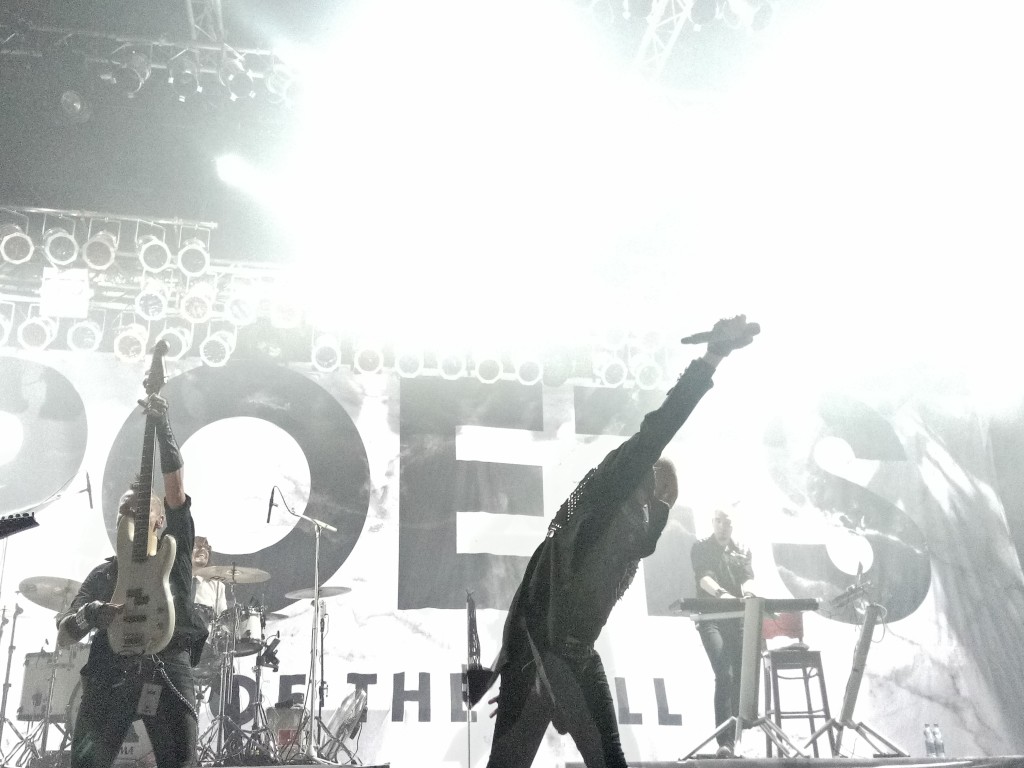 There’s also a gradual shift that sees the band lean less of catchy choruses and more on dramatic bridges (“So this is what you think you need / To play the game / A pretty royal flush / Of second hand fame / For proof of excellence / For critical acclaim / Aloof preeminence / Preceding your pen name”), it still feels very much in line with their style.

“The Game” and “Shadow Play” might sound like B-Sides from Jealous Gods but they sound great nonetheless. Same goes for the slower melodies in “The Labyrinth” and “Moonlight Kissed”. It all sounds very familiar but if you’re down for the usual Poets formula of poetic lyrics and a flair for the melodramatic, you’re in luck.

If there’s any real spark of new territory explored it can be found in  “Once Upon A Playground Rainy”. The song builds on the stripped-down-but-not-slowed-down acoustics of its immediate predecessor “Brighter Than The Sun” and is a genuine highlight of the record.

As far as Finnish rock bands go: Poets’ Clearview is still a pretty solid listen. There are just enough memorable songs on the 10-song album to make it worthwhile, even if – as a longtime fan – I felt it fell short of the metamorphosis it feels like they aimed for with it.