Foot fetishes are the most common fetish for a body part that there is. However, I regularly get first timers coming to me for a session saying how embarrassed they are or asking me if it’s weird that they like feet.

It makes me wonder how it is that something so common could seem so taboo. Personally, I love having a submissive at my feet and seeing how tantalised they are by my toes and spellbound they are by my soles (yes, I am a fan of alliteration). I love using my feet as a way of dominating my submissives in sessions and really reinforcing that dominant/submissive dynamic. I have also enjoyed and worshipped feet before. Often my partner and I just enjoy massaging each other’s feet after a long day to show each other how much we care for one another, but I myself have kissed and licked some soles and sucked some toes and I can tell you: to me it feels no more weird than kissing hands and sucking fingers and that seems totally normal to most people!

Many foot lovers I’ve spoken to have said they simply love the look and smell of feet, but don’t know why. A few have said they don’t particularly like feet, but enjoy being at others’ feet because they feel it’s the most submissive place they can be. Whatever your reason for liking feet is, you are not alone! If there is something wrong with them for liking feet, then there is something wrong with a hell of a lot of people.

A History of Foot Fetishism

Foot fetishism is not some new trend. There are images of foot massages/reflexology in ancient Egyptian culture dating back to 2600 and 2100 BC. There is also evidence to suggest that feet were eroticised in Ancient Greece. The common measurement of the “foot” was thought to be a holy unit of measurement based on the length of a Goddess’s foot. A Goddess’s foot always had a second toe longer than her first because the second toe was the centre of her ‘male’ powers. (I was always self-conscious of my second toe being longer than my big toe, but after finding this out, I will look at those long second toes with fondness).

We all know the Bible has a lot to say about feet, such as rituals of washing the feet of your guests to say the least. There are 112 references to feet in the Bible.

In Eastern religions, it is customary to remove your shoes when entering places of worship and it is encouraged to kiss the feet of those believed to be holy. In Chinese culture, feet were said to be the most alluring part of a woman’s body, the smaller the better. Given this long and rich history, it’s no wonder foot fetishism is as prevalent as it is. According to a 2007 study by researchers at the University of Bologna, foot fetishism is the most common fetish explored

online. In 2006, when AOL search data was leaked, foot fetishism topped the list of fetish related searches with over 100 more searches for feet than the next leading search. Also an estimated 3.2 million people visit the site Wikifeet.com each month!

Alfred Binet and Richard von Krafft-Ebing, among other theorists, believed fetishism to be a result of associations caused by an emotional experience with the body part or object during childhood. Sigmund Freud believed the smell of a foot or shoe to be a key factor in developing a foot fetish. Freud also suggested that sexual fetishism in men was due to an unconscious fear of their mothers genitals and fear of castration. Apparently, Freud believed that foot fetishism was a result of human toes looking like tiny little penises, but I think most who like feet know that is total rubbish. I think Freud was just obsessed with penises.

George Batialle had a different theory. He wrote about the big toe. He suggested it was the single digit that sets humans apart from all other animals and thought the allure of feet to be due to their ‘anatomical baseness’, that is being the lowest part of the body. He also suggested that people, while usually looking for beauty in things, also had an obsession with the filthy and this might also explain some people’s desire for feet.

A Biological Basis For Foot Fetishism? 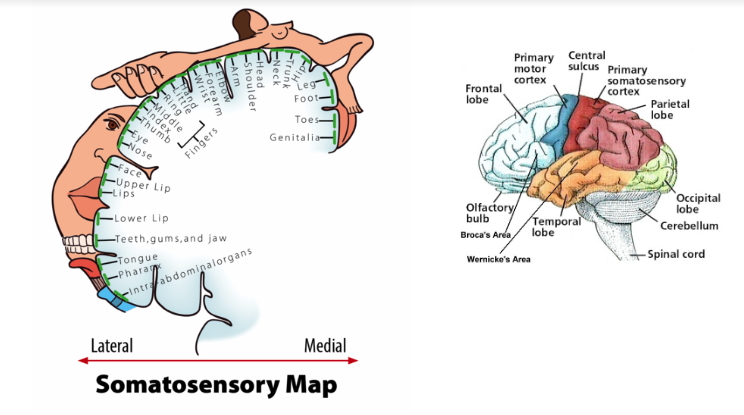 On either side of the central sulcus of the brain we have the primary motor cortex and the primary somatosensory cortex (sulcus just means groove and this one is running down the centre of the brain so that’s why it’s the central sulcus and cortex just means that these areas of the brain are located in the outer layer). The somatosensory map is a tool that shows us what part of the body communicates with which part of the somatosensory cortex in regard to sensations. We might expect the genitals be up near the hips or thighs on the map, however it is down right next to the toes. Neurologist V.S. Ramachandran thought that this might partially explain phenomena such as foot fetishism or the reason a really good orgasm could be said to be ‘toe curling’. While this quirk of our brain mapping might make humans more susceptible to developing a foot fetish over other kinds of body fetishism, it is doubtful that this is the sole cause (see what I did there?) of foot fetishes. If this were true, we would expect everybody to have a foot fetish! It is more likely that an event in someone’s early life altered their perception or experience with feet. This event and future events perhaps then strengthen that connection of feet to sexual arousal.

Essentially, foot fetishism is something that has been around for a long time in many cultures around the globe and throughout history. It has been researched theoretically, socially, culturally and scientifically. In my opinion, wanting to hold or kiss someone’s foot is just as normal as wanting to hold or kiss someone’s hand. There are many reasons for wanting to touch, massage or worship feet, and if you’re not hurting anyone (unless they’ve passionately consented to being hurt, and you respect their safe word, then that kind of hurt is ok) then you shouldn’t feel bad about enjoying feet!

Each weekend Femocracy Global has a Twitter blast where all discuss certain fetish topics via tweets for a few hours. May saw a blast on foot fetish. I’ve also recently reached out on Twitter to some foot fetishists. If the vast history I’ve provided still has you unsure, perhaps this will help you see just how many people share and are passionate about this fetish. You can see more of the tweets by popping on Twitter and searching #Femocracy and #DesireIntoDiscourse

Any comments or questions, please tweet @_Mistress_Ava and tag #DesireIntoDiscourse. 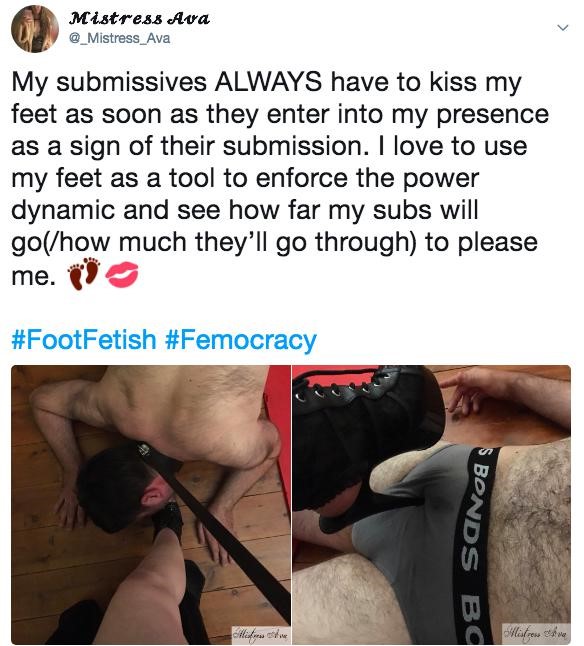 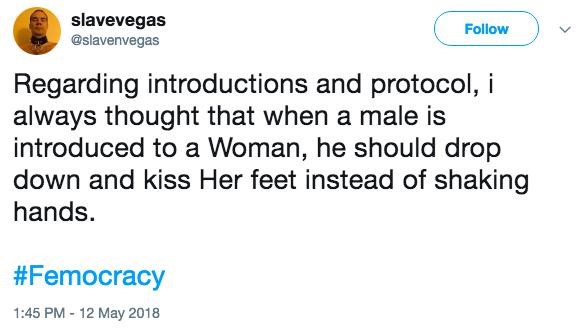 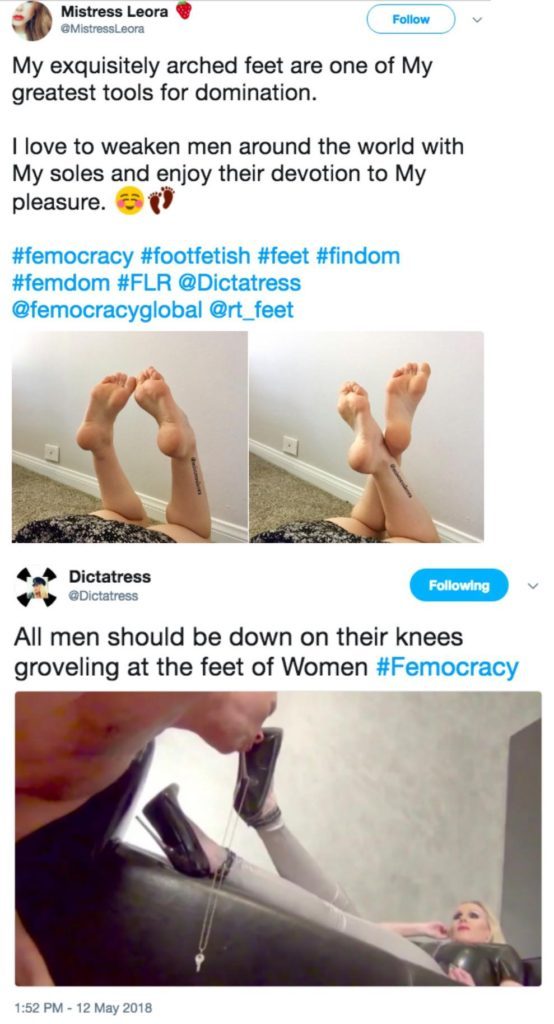 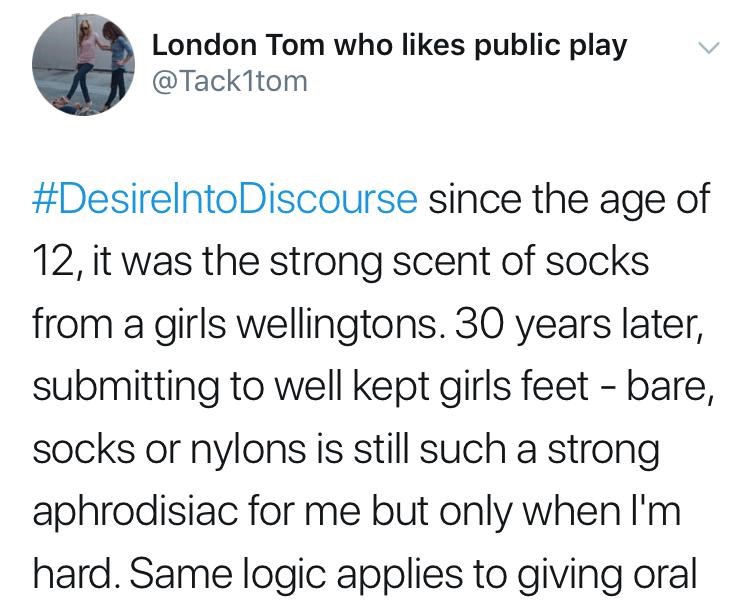 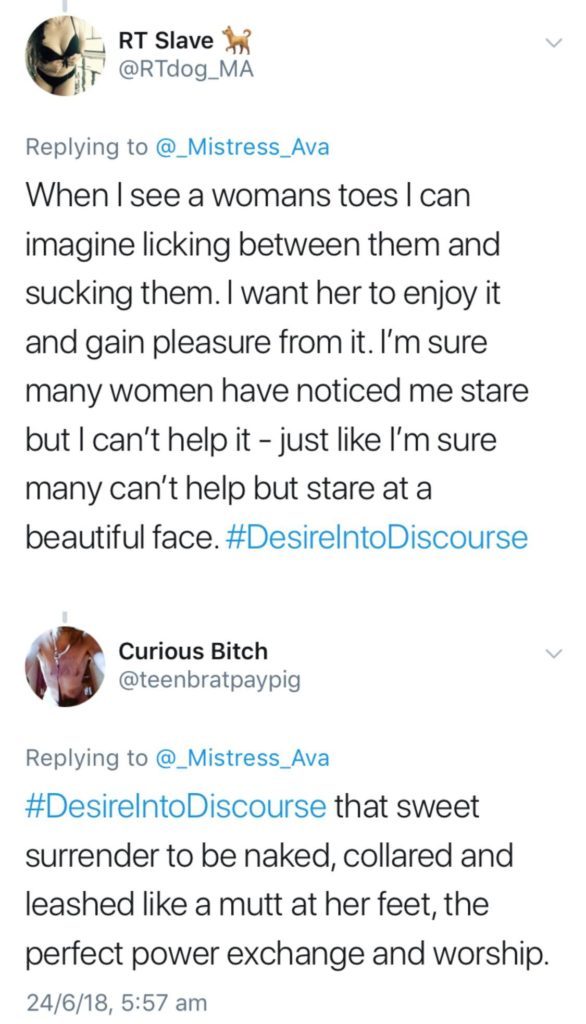 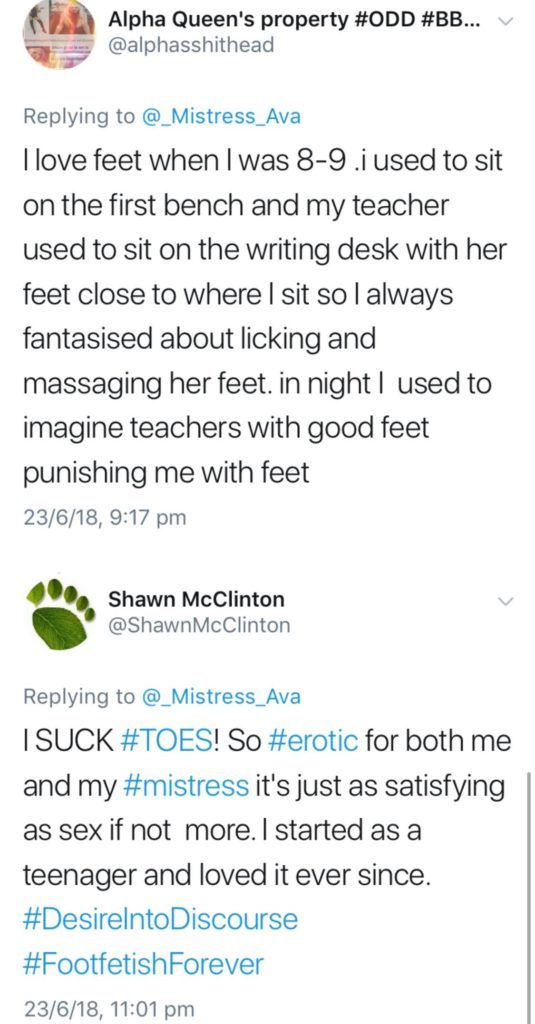 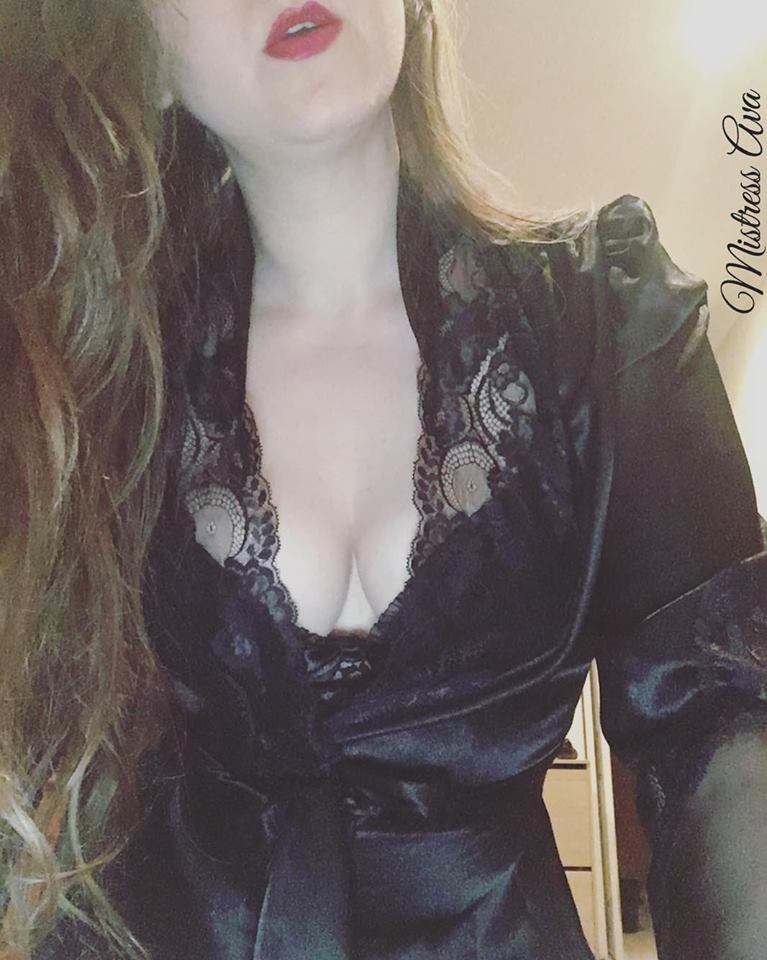