Recently we have seen news stories have emerged on warfare, politics and science, but no-one has been quite as overwhelmed with news as Marvel movie fans. Last month, it was announced that Josh Brolin would be playing the fan-favourite character Cable in the highly anticipated Deadpool sequel. The same actor who is already playing Thanos, the main antagonist in the upcoming and also highly anticipated, Avengers: Infinity Wars. (Yeah, “WTF” was my first reaction too…)

After nearly a year of promotional art and adorable Baby Groot teasers, Guardians Of The Galaxy 2 was released to fairly positive responses. But of all the recent Marvel-related news, none have caused as much frenzy as the official announcement of X-Men: Dark Phoenix, scheduled to hit theaters in November 2018. The news has left many diehard X-Men fans giddy, and for good reason. The Dark Phoenix saga is among the most famous of all X-Men comic book arcs, running in Uncanny X-Men #129-138 to mass critical acclaim. For comparison, it is to X-Men and Marvel what The Killing Joke was to Batman and DC Comics, a cornerstone of the series that inspired many after it. 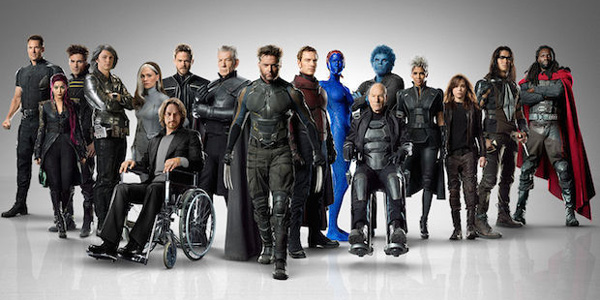 First appearing in X-Men #101 (1976) the Phoenix (or Phoenix Force) is one of the oldest, most feared, and destructive forces in existence. It is also one of the few ‘characters’ to have the Omega-Level Power Classification, a title bestowed only upon the Marvel Universe’s most powerful beings. Whilst the Phoenix became an established character the ‘Dark’ Phoenix, inspiration for the upcoming film, wouldn’t’ be seen again until 1980’s Dark Phoenix Saga.

The Dark Phoenix arc occurred during Uncanny X-Men #129-138, where a series of events left the X-Men stranded on a space station, seconds away from colliding with a deadly solar storm. Struggling to keep herself and the Team alive, the telepath Jean Grey made a pact with the universe’s Phoenix ‘Force’ (because reasons) which resulted in her saving the X-Men. In doing so she gave up a part of herself in the process. After briefly becoming a being of pure thought (because more reasons), the woman returned to Earth, only to find that the barriers blocking her true powers were starting to fail.

This resulted in her losing control of her powers and becoming the ‘Dark Phoenix’, a corrupted, Lucifer-esque version of the universe’s original Phoenix Force. She’d murder countless people, including the energy of an entire planet, before a poignant showdown between Jean, her team and her beau, Cyclops.

Despite the excitement surrounding the announcement, fans of the franchise have been worried for one particular reason: X-Men: The Last Stand.

Unless you’ve been under a rock since 2006, you would have probably heard of the third installment in the X-Men franchise and how it attempted an adaption of the Dark Phoenix storyline. Put gently, the film received very mixed reviews and negative backlash from fans, not to mention nearly single-handedly killing the franchise until its revival with X-Men: First Class (2011). Comic-book movie fans aren’t quick to forgive mistakes, and many comic-book purists are already railing on Game of Thrones alum Sophie Turner for her portrayal of Jean Grey in X-Men Apocalypse. Haters, right? There is also the aforementioned film’s unfaithful establishment of Jean already possessing the Phoenix Force, whereas in the comics the two were initially separate beings.

However, the film’s developers have been fairly tight-lipped about the next film and it is still early days, so people shouldn’t be too quick to judge. The producers have admitted that they plan to avoid the mistakes made with The Last Stand, which has soothed some doubts.

Can the franchise overcome it’s past shortcomings and give the Dark Phoenix arc the faithful adaption it deserves? Only time will tell.