We all like to come home, pour a glass of wine (or two… or three), while watching the news to deal with the dramatic events that have unfolded throughout the day. Quickly, these news stories become blurred like my memories of last week’s Tequila Tuesday, until I later find pictures of myself in a sombrero and poncho eating a burrito with a donkey…

What I’m trying to get at here is everything’s better with a splash of grog. With December already upon us, the year of 2018 is ending; which reminds us of just how much shit went down over the past year. Fiascos, events, kids playing Fortnite, so many noteworthy that hit our screens. To get through it all, my best friend ‘alcohol’ and I seemed to get into a lot of mischief. So, why not describe this year’s pop culture, news stories and trends with some cocktail recipes to get your feet moving into 2019?

This has been one hell of a year with Donald Trump having controversy after controversy attached to his small spray tanned hands. He’s provided us with equal amounts of distaste and hilarity, so this cocktail will give you the same feelings of hate and joy at Donald Trump’s declining trajectory.

Let’s just say that the forecast for Trump’s future in office seems to be Stormy on the horizon.

The game that swept twelvies all around the world has become one of the most popular and well-known video games in under 12 long and grueling months. Attempts at getting a victory royale can lead people to breaking point; I am one of those people who after my 93rd game have not yet won because I don’t understand how to build a wall in front of me. Poggers. With it revolutionizing the gaming industry and making people rethink their life choices, it truly is the game of 2018.

The royal couple, a ginger prince and an American actress, had a lot of people excited this year. It was something to distract TV viewers from their own depressing lives. All we could do in the end was yell out in desperation, “BLOODY MEGAN AND HARRY!”

One of the best memes of 2018 made us believes that moths will one day take over the planet by eradicating all sources of lamp life in existence. The moth meme is kind of scary because that lamp represents everything we long for or crave—stable relationships, financial security, companionship, good art, sex, and meaningful connections. 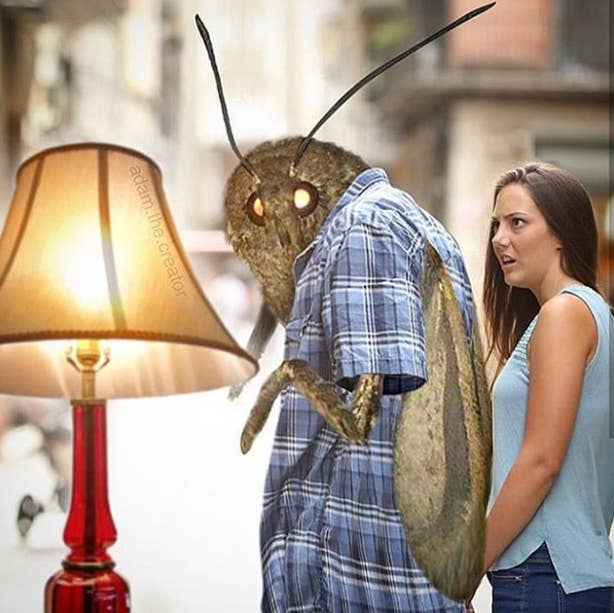 This is Old Fashioned America

Childish Gambino released ‘This Is America’ earlier this year and it was one of the most controversial songs to come out of 2018. The symbolism of this song runs deep within American culture as an entire choir is executed in a nod to the Charleston church shooting. Gun violence has had major implications on this year, and will be a discussion point for years to come.

In September, Nicki Minaj and Cardi B ended up brawling in New York due to some raw beef which wasn’t rare for the two rappers, nor well done. The altercation ended with Cardi throwing a shoe at Nicki, and Cardi leaving with a large bruise on her forehead. These two cocktails are best served in pairs, especially when you’re buying your frenemy one. The Nicki Minaj and Cardi B Fiasco was one to remember.

We hope that you’ll be able to get through the rest of 2018 with these delicious concoctions; we’ll be needing them to get us through the end of year festivities!