On the 23rd October 2019 a joint report entitled ‘Can we talk? Seven year youth mental health report – 2012-2018’ was released by Mission Australia and Black Dog Institute. This report surveyed around 27,000 young Australians aged between 15 and 19.

The mental health report unveiled some startling facts about mental health patterns among youth populations in Australia. It is distressing to see that the mental health of our youth is plummeting with a significant rise of psychological distress increasing in the last seven years.

The mental health report found ‘at risk groups’ to be females (30%) who are much more likely to experience psychological distress than men (16%) which could be caused by structural gender inequality throughout society. There is also the possibility that there was an underreporting from men due to gender norms and stereotypes which may prevent young men from seeking support for their distress because it seems ‘unmanly’ to society. Another at risk group is Aboriginal and Torres Strait Islander youth with the study showing that one third (32%) of those surveyed compared to less than one quarter (24%) of non-Indigenous youth experienced psychological distress. This is most likely due to the ongoing effects of colonisation such as structural inequality and racism. Another contributing factor is that we are entering a ‘second stolen generation’ in which Indigenous children are being removed from their families and placed in out of home care at an alarming rate which contributes to psychological distress. The effects of colonisation include the dismissal of Indigenous people and their problems by a Western society, which could be linked to the fact that Indigenous suicide rates are double non-Indigenous rates, and why suicide and self-harm are both leading causes of death for Indigenous people regardless of age.

What is particularly concerning is that those suffering from psychological distress were concerned about suicide at a rate of 36% compared to 9% from young people without psychological distress. This is very worrying as suicide is the leading cause of death for Australians aged 15 – 44 and young people are more likely to die by suicide rather than motor vehicle accidents which was the previous leading cause of death. Another interesting issue is that according to stats from 2017 75% of people who died via suicide were in fact, men. This does not correlate with the findings of the mental health report which suggest women suffer from phycological distress at double the rate of men and therefore would be more likely to commit suicide.

Young people with psychological distress are 5 times more likely to report that they experienced some stressful problems over the past year but did not get help, even when they thought they needed it (37% compared with 7%). This alludes to the issue of barriers to accessing support which can include stigma, embarrassment, fear, lack of available support, lack of confidence, and accessibility. 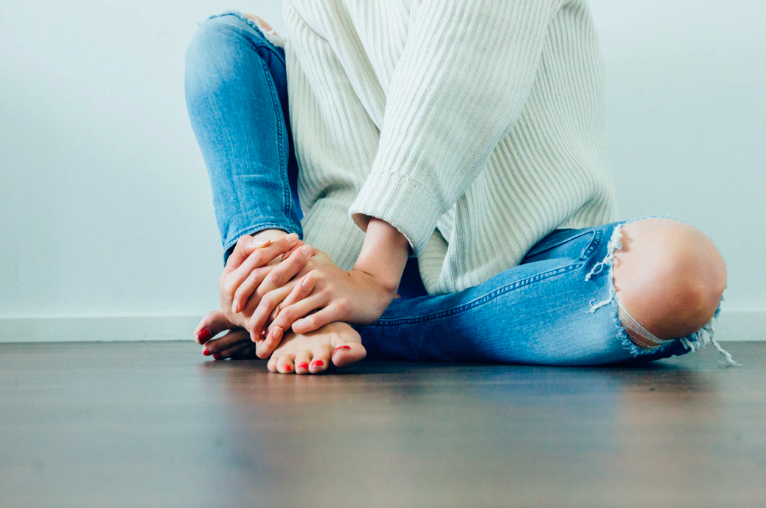 Personally, I have experienced these barriers all too often – most recently at my university. When my dad was diagnosed with terminal cancer during session, I tried to reach out to support services for help as I was struggling maintaining my grades and my mental health was plummeting. However, no one could help me, the disability services (I’m disabled mentally and physically so I went to them first), ignored my emails and responded to my calls by saying they were too busy, and my support worker wasn’t available. Ringing people is a big deal for me as I have panic disorder and I find it very difficult to make a phone call (which is actually really common in young people). So, I tried counselling, but they were booked out for weeks. Finally with nowhere left to turn, I went to the senior lecturer of Criminology and told her the whole sorry tale and she found me some online resources where I could book appointments online and didn’t have to phone anyone. She went well outside of her duty of care to help me, but it’s horrendous that there is such a lack of accessible services at a university that claims to care about the mental health of their students.

The youth of Australia struggle with accessing affordable mental health services frequently. It’s a huge issue in our healthcare system – if you are eligible to be on Healthcare you are entitled to 10 free visits to a psychologist a year and if you require more than 10 you have to pay up front around $200 per visit, which is impossible unless you have a rich mummy and daddy to pay for all your medical bills. There’s the same issue with medication; if you have a healthcare card, your medicine is covered under the Pharmaceutical Benefits Scheme and is affordable. However, if you make even $1 over the threshold, your medicine can cost hundreds of dollars to treat your mental illness which is a travesty on the part of our government. All mental health related medicine and support should be affordable for everyone, or we will continue to see youth suicide and psychological stress rates rise in the future.