The disappearance of the Beaumont children is one of Australia’s most notable missing person cases. Jane aged nine, Arnna, seven, and Grant, four, disappeared on Australia Day in 1966 after visiting Glenelg Beach near Adelaide. The children headed off alone at roughly 10:10 am, catching the bus to the beach 5 minutes away, however they never returned to their Somerton Park home. Several witnesses claimed to see the children near the beach with a tall, blond, thin-faced man believed to be in his mid-30s with a sun-tanned complexion and a thin to athletic build. There is currently a $1,000,000 reward for information into their disappearance, however, there has been no new information in recent times.

To learn more about the Beaumont children’s disappearance, listen to Casefile’s ‘Case 100: The Beaumont Children’.

William Tyrrell’s disappearance is one of the most baffling missing person cases around the world. On the 12th of September 2014, the three-year-old went missing from his foster grandmother’s property in Kendall, notably last seen wearing a spiderman suit. Since his disappearance in 2004, there has been no new information leading to William’s whereabouts despite a $1,000,000 reward being available. There is currently a coronial inquest into the disappearance of William Tyrrell taking place in Taree where we expect to know more about the details of the case.

The disappearance of Lynette Dawson 38 years ago has been the subject of the popular true-crime podcast The Teacher’s Pet. On the 9th of January 1982, Lynette Dawson was set to meet her mother for lunch at Northbridge Baths, however, she never showed up. The following morning Lynette’s husband Chris Dawson, a former Newtown Jets player, claimed he drove his wife to a Mona Vale bus stop, with her telling him she was going shopping in Chatswood. Since being dropped off to go shopping, Lynette Dawson has not been seen since. Lynette’s husband has since been arrested for the alleged murder of his wife, however, he denies being involved in her disappearance pleading ‘not guilty’ in the Supreme Court.

To learn more about Lynette Dawson’s disappearance, listen to The Australian’s ‘The Teacher’s Pet’.

Australian former teacher Marion Barter has been missing since late July or early August in 1997, with her last contact to family and friends being a phone call to her daughter from England. On the 2nd of August Marion’s passport indicated that she returned to Australia and that in May 1997, before her travels abroad, she changed her name to Florabella Natalia Marion Remakel despite her family knowing. Her passport returned to Australia on the 8th of August, and her Medicare card was used at a doctor’s surgery at Grafton Shopping World. In October her daughter received information that her bank account had been accessed at Byron Bay, Burleigh Heads and Ashmore. She has not been physically seen since departing for England on the 22nd of June 1997, as she was dropped off at the Surfers Paradise Bus terminal.

To learn more about Marion Barter’s disappearance, listen to 7 News’ ‘The Lady Vanishes’.

Bradford Pholi was only 10 years old when he was last seen leaving his home in Dundas on Boxing Day 1982 heading towards the Eastwood Train Station. Bradford was supposed to go to his aunt’s house in Newtown, however, he never reached her house. In a coronial inquest into his disappearance, Deputy coroner Carl Milovanovich concluded that Bradford was now probably dead, being assaulted or abducted 38 years ago. There is currently a $100,000 reward for any information relating to the whereabouts of Bradford.

To learn more about Bradford Pholi’s disappearance, listen to the Lost In Sydney episode ‘The Boy on Boxing Day’. 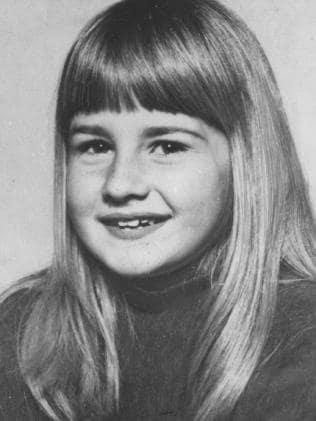 On the 12th of January, 1976, eight-year-old Eloise Worledge disappeared overnight from her family’s home in Beaumaris, Victoria. At 7:30 am the next morning her brother noticed that Eloise was not in her room, later telling police that he heard somebody kidnap his sister but feared if he said something they would take him too. In police’s investigation into her disappearance it was found that although her bedroom window was wide open and the fly screen had a small cut in it, there was no forced entry or struggle. Police believed that she may have been lured by someone she knew or was abducted by a prowler in the area. There is a $10,000 reward for information into her whereabouts however it has never been claimed.

In July 2007 27-year-old Chantelle McDougall and her six-year-old daughter Leela left their home in Nannup, Western Australia with two other men. Chantelle told her family that she was planning to move to Brazil for spiritual reasons however there is no evidence that they ever left the country. A coronial inquest into their disappearance concluded that it could not be determined whether or not Chantelle and Leela were still alive or had died.

Cheryl Grimmer was only three years old when she was abducted from Fairy Meadow Beach on the 12th January 1970. Her mother and three brothers had spent the morning at the beach when she disappeared outside the change shed. In 2011 a coronial inquest into her disappearance found that she had probably died but could not determine her cause of death as her body has never been found. There is a $1,000,000 reward for any information into the abduction and possible murder of Cheryl that has yet to be claimed.

To learn more about the disappearance of Cheryl Grimmer, listen to True Crime Australia’s ‘Gone Girl’.

Siriyakorn “Bung” Siriboon was 14 years old when she was last seen by her family on the 2nd of June 2011, leaving her home in Elsie St, Boronia to take the 10-minute walk to school. She was dressed in her school uniform leaving at around 8:25 am and was spotted a short time later walking towards Albert Avenue by a neighbour. However, Siriyakorn never arrived at school and failed to return home later in the day. There is currently a $1,000,000 reward available for any information relating to her whereabouts or what happened to her in 2011.

On the 25th of August, 1973 eleven-year-old Joanne Ratcliffe and four-year-old Kirste Gordon went missing from Adelaide Oval in South Australia after watching a local AFL game. The girls left the stand where they were sitting to go to the toilet, however, they never returned to their parents. Reports of a man in his 40s forcibly removing the girls from the oval were made to police, however, the man in question has not been found. There is currently a $1,000,000 reward that has remained unclaimed on information into the whereabouts of Joanne and Kirste.

If you have any information relating to any of the cases mentioned, please contact Crime Stoppers at 1800 333 000 or visit their website.

Briannon is a 23-years-old Communications and Media student majoring in Journalism at UOW. She’s a self-described passionate writer, True Crime enthusiast and human rights advocate. She also enjoys working as a freelance photographer on the side. To view her latest articles and photography, check out her on Twitter (@briannon_drew) and Instagram (@briannondrewphotography).